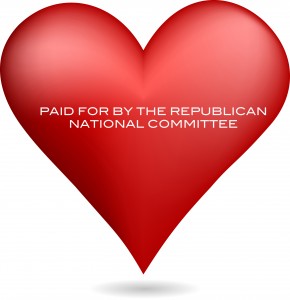 Michael Grimm is so busy these days, with Congress and what not, that the eligible elected official spent Valentine’s Day alone.

Grimm, an Aquarius, described to the Staten Island Advance how his 14 to 15 hour workday forced him to break a  promise he made to himself during the campaign–that he would keep his daily work out after the election.

His still unfurnished district office in the New Dorp neighborhood of Staten Island still contains two books: one about the U.S. Marines and one about Reagan. A former marine himself, and a former FBI agent, the freshman said that the “rigorous” schedule surprised him. But he left no doubt that he would seek another term, the Advance reported.

Grimm said he ignored the rumors of possible opponents, including the man he defeated to get the job, Michael McMahon.  McMahon has raised little money since he lost in November, according to his filings with the Federal Elections Commission, but the Advance reported that McMahon has made four appearances at local democratic political clubs, where prospective politicians often build support for their campaign.

McMahon’s $27,000 cash on hand brings him close to Grimm’s $29,000, but that only represents the last quarter of 2010.  A clearer picture will emerge when the FEC releases its first quarter filings next month.

That filing will cover the period from when Grimm took office and conceivably gained a fundraising advantage.  Nevertheless, Grimm will likely have to sacrifice courting a mate for courting voters when the race intensifies.

As the congressman turns into a candidate, the fundraisers, endorsement ceremonies and meet-and-greets at the Staten Island Ferry will stymie any chance of dating.

With that in mind, the NYC Political Delegation would like to submit a personal ad for the busy Grimm. (Tip: avoid craigslist). If it fails to attract a date, it also works as a good stump speech.

A single, swing-district Republican seeks multiple term relationship.  I’m just what you need: a nice Catholic altar boy with Italian, Irish and German heritage.  You need a marine and former FBI agent who served his country before graduating from Baruch.  You need someone who will work everyday to fulfill your needs.  We’re smart enough to know what we want, and we don’t need the government to tell us. So, if you’re looking for a grand old party, join me.  Together, we can make a better future for our children, for New York and for our country